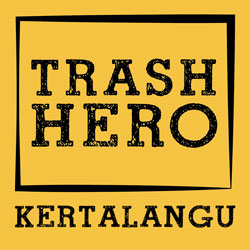 I went to see a Balinese dance performance and it was on a stage – how were Balinese art-forms presented before the advent of tourism?

The way Balinese present their art-forms has changed dramatically over the last half a century or so. The western concept of a stage – let alone a theatre or a concert hall – never existed in Bali before tourism started to slowly develop in the 60s.

It was at this time that, as always in Bali, tourism operators started that it was necessary to change Bali to suit the market, not the other way around. They created an artificial stage setting that they thought tourists would be more accustomed to, and this is what you see at those awful, low quality barong and kris or hotel/restaurant ‘legong’, ‘run-through-the-motions’ dance performances that seem to be everywhere in Bali these days.

So what was the setting like before tourism reared its ugly head? Balinese never sat on chairs before a some raja adopted a few as a ‘wonder import’ of the colonialists, and either sat on the ground or stood up to watch. If the performance involved sacred masks such as barong or rangda, villagers would customarily sit down out of respect for the manifestation that was believed to inhabit the mask.

Performances that were solely for entertainment, such as Legong, gandrung, gambuh, or the early 20th century gong kebyar play-offs in Buleleng, were informal events where the audience would come and go, chat freely, buy food and generally socialize.

Due to poor lighting, most performances would have been held during the day – normally in the cooler late afternoon – in the courtyard of a temple or palace, quite often under a banyan tree. Sometimes, I see hotels or individuals trying to recreate an ‘old Bali’ feel by setting it in a garden or by the beach, but it’s highly unlikely that performances would have been held anywhere but in a courtyard or perhaps in the middle of a road. The ground would have been dusty and un-manicured, with no grass or paving, and certainly no concrete or the luxurious materials we see today. How about the performance itself – has anything changed? Find out in my next article,’How have things changed in the performance of Balinese Art-forms?’

This entry was posted on Friday, January 23rd, 2015 at 05:34 AM and is filed under Articles . You can follow any responses to this entry through the RSS 2.0 feed. You can leave a response, or trackback from your own site.

© Mekar Bhuana | developed by bali web design | 0.532
Please don't use images from our website without our permission